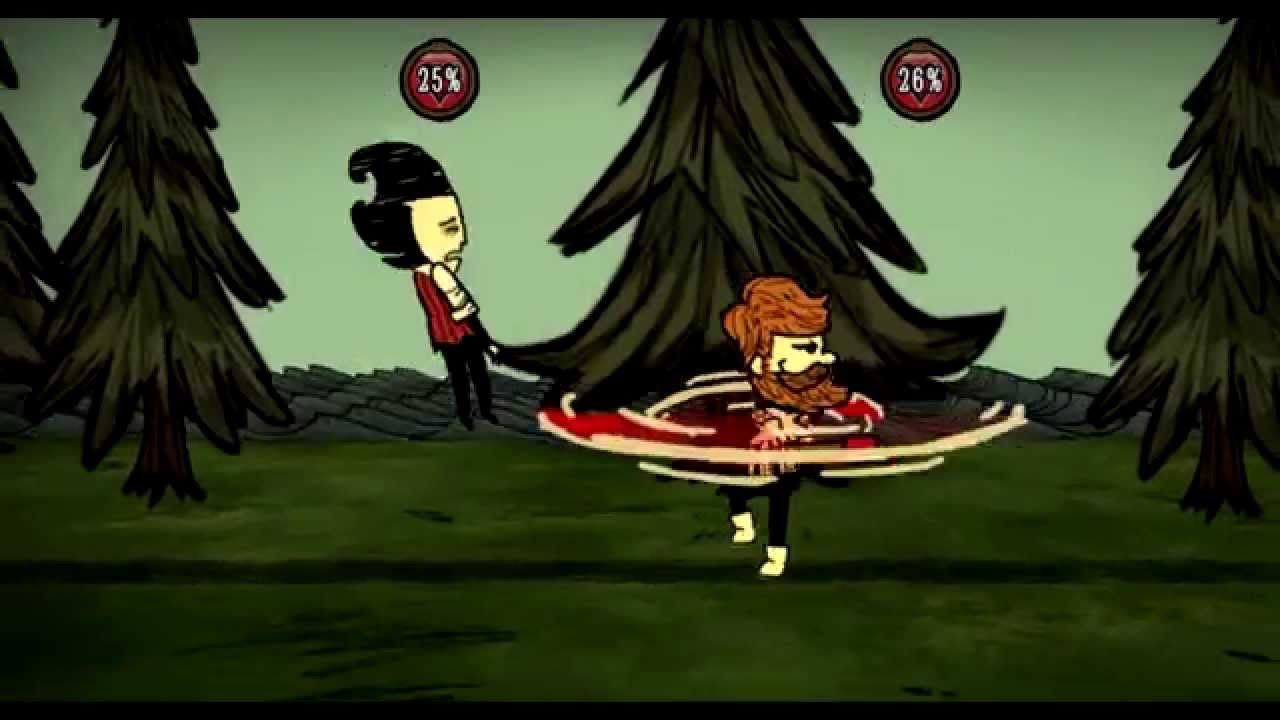 Smashup; a work-in-progress Don’t Starve mod that changes the game’s genre into a Super Smash Bros style fighting game! This teaser trailer shows a very unfinished version of the mod, so you can expect the final product to change a lot. (including more than two playable characters.) The song used in this trailer is a slightly edited (by me) version of Lone Digger by Caravan Palace.
For those of you wondering how accurately this mod simulates the real Super Smash Bros, it’s pretty close. The knockback formulas are identical to those in the game. It even includes many of the smaller features like Shield-stun, hitstun, shield push, teching, parrying, and others.
I’ve thrown out the old Don’t Starve combat system and replaced it with my own system of hitboxes and hurtboxes (still a work in progress)

And this trailer is supposed to mostly show off the visuals. Very little balancing went into this build, since I’ll be focusing on that after most of the programming is done. Wilson probably won’t keep the shoryuken or the crazy 80 damage combo. Or maybe he will, who knows.

I re-drew and animated the characters to more closely resemble how they look in the official Don’t Starve trailers and portraits. (that being said, I may completely redraw Woodie’s face because it came out weird)