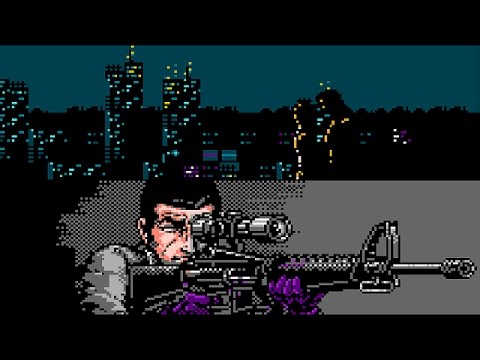 A playthrough of Vic Tokai’s 1990 NES game, The Mafat Conspiracy.

Or Mafat Conspiracy: Golgo 13. The name is totally different in the game from what it is on the packaging, so chose whichever you prefer.

Anyways, this is the official follow-up to the fantastic but badly-flawed 1988 title, Golgo 13: Top Secret Episode ( While it retains some elements of the first game, it definitely feels different. That makes sense, since the development duties this time went to Aicom. The graphics and sound are a massive upgrade from the original game’s – Duke is no longer barefoot, for starters! The music carries over the main theme song and gives it a facelift for the NES chip – it sounds MUCH better here than in Top Secret Episode. The cutscenes are now quite a bit flashier too – even if there is some absolutely hideous artwork going on in places. I mean, seriously Duke, you slept with THAT woman?! She looks like a dog’s dinner, man! And she’s orange! ORANGE, for Christ’s sake! The ending is pretty sweet though, even if it is really short. Just check out how much blood there is!

The game mechanics are also much better – Sniperman can now duck and shoot and is much quicker to respond to the controls this time around. There’s also a nice change up in the mini-game role – in addition to new sniper scenes, you also get a couple of short levels that look pretty much exactly like Rad Racer or Road Blaster. They’re cool.

Despite ALL of those huge improvements, I just can’t fawn over this game like I can Top Secret Episode. The gameplay was rough, the graphics were a real mixed bag, and the music was good but fairly beepy and basic. None of those things mattered though, not once you got into the story. It was fairly complex, dramatic, and adult in its tone. That mix of “charming” (read: ugly and primitive but familiar and inviting) presentation with a heavy and serious plot featuring adults that act like adults still makes it a completely absorbing title. It was powerful, and more than enough reason to adapt to the game’s funky way of doing everything.

The Mafat Conspiracy fixes just about everything that was objectively wrong with the first game (well, not EVERYTHING. Those f***ing mazes are here, too), and breaks the one thing that made it so special. This has flair and panache, but there’s no real substance to it – it’s go here, go there, ahh terrorism – without any of that intangible magic X factor that made the first a classic. It feels more…perfunctory. Even the sex scene, which is hilariously awkward. The ugly chick fails at being hot or seductive – no iron curtain metaphors for sex, no discussing the isolation of life, nothing. She’s basically like, “I’m bored. Bang me.” It’s too tacky and awkward. At least, I think so. The gaudiness of the colors in that cutscene don’t help to lend it any sense of gravity, either.

So, it’s a good game, for sure. It’s just no where near the heart behind it. If you go into it not expecting a sequel to Top Secret Episode, or if you haven’t played TSE, there’s a lot to like here. If you’re hoping for more of the same, you’ll probably be disappointed.

On a side note – if you like this game but wish it didn’t have mazes, you ought to check out Secret Ties ( It was never released, but prototypes have been leaked of it, and it’s pretty much a Golgo 13 game stripped of the license and the sniper rifle. It feels VERY similar to The Mafat Conspiracy, but it plays better and ditches the mazes.
______
No cheats were used during the recording of this video.